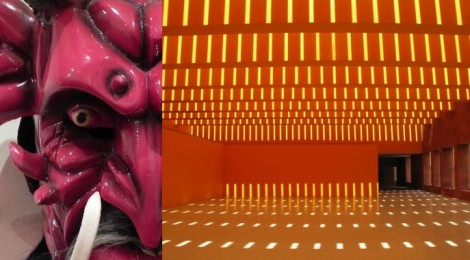 (This article by Eusebi Casanelles was published in the TICCIH Bulletin No. 63 – 1st quarter 2014)

The first “Coloquio Latinoamericano de Conservación del Patrimonio Industrial” was held in 1995 in Puebla, Mexico, with the goal of bringing together scholars and people involved in the preservation of industrial heritage scattered all over Latin American countries. This first meeting led to the knowledge of many initiatives and campaigns of industrial heritage preservation in different countries. One of the most important results was the establishment of contacts among the participants and the creation of an international Latin-American group that, among its activities, agreed to organize a triennial Congress under the umbrella of TICCIH in a different country each time. The purpose of the group was to raise awareness among the population and authorities about the value of industrial heritage and promote its study as well as its preservation. After the Puebla Congress a Congress was organized every three years: Havana (1998), Santiago de Chile (2001), Lima (2004), Buenos Aires(2007) and Sao Pablo (2012).

Eighteen years later these meetings have been very useful helping to set up a network of people and associations related to industrial heritage linked with TICCIH. Thanks to these groups many sites of productive world has been listed as cultural heritage of their countries and some have been declared a World Heritage Site.

Last October the 2013 Congress returned to Mexico, this time in San Luis Potosí. The title proposed by the organizers was “Industrial heritage and regional development: rescue, recovery, reuse and social participation”. Speakers came from seventeen countries, most of them from Latino America. There were  national representatives and TICCCIH board members from several countries of the world including President Patrick Martin, who presided over the official acts.

The Congress was very well organized taking into account that almost one hundred communications were presented. They were structured in ten thematic sections and the speeches were developed in a very intense sessions during the five days.

It is difficult to summarize the content of so many papers and the questions posed by participants during the meeting. The papers dealt with a wide variety of issues related to many industrial sectors that often were very interesting. But one of the more debated themes was the importance of inventories in order to know what sites existed and which of them were the most relevant. As a citizen from another continent, what struck me the most was the enormous vitality of the Industrial Heritage in Latin American reflected in the youth of the attendees. This issue was commented very much among foreign participants.

The pre- and post- congress tours were very significant and interesting. At the first we visited the “Ruta de la Plata” (Silver Route) in Hidalgo State. On the first day we visited four centers of the “Historical Archive and Museum of Mining of Pachuca and Real del Monte” directed by Belem Oviedo who has developed a splendid work during more than twenty years. The central Museum is in Pachuca in the building where were the historical offices of the mining company. The museum keeps all the historical documentation of the mines of the region. In Real del Monte two silver mines have been preserved and restored and the old Hospital is turned into a site museum because the furniture and instruments have been preserved too. The second day we went through a forested region containing “haciendas de beneficio” establishments where, during the colonial period and after, the ore was refined through the technique of “amalgación”. The most stunning site is the Hacienda of Huasca, located in an impressive valley of basaltic rocks. For this process they used mercury imported from Spain. In this itinerary two mining villages “el Chico” and Huasca named “pueblos màgicos” by the central government for their beauty.

The route of the post-Congress was held in the Potosino plateau where we visited factories of mescal that is an alcoholic drink obtained on the basis of certain cactus juices. This distillate is produced according to the techniques  implemented by the end of the 19th century. We also visited the former textile factory converted into a Cultural Center del Venado. The tour was completed by visiting the most important open air evaporation salt process in the center of Mexico, as well as their big house, in Salinas.