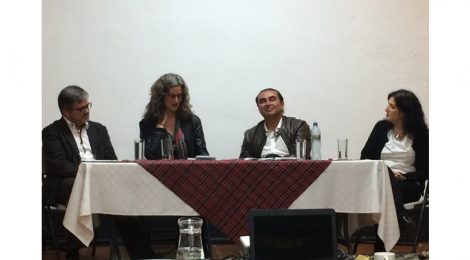 The IXth Latin American TICCIH congress was celebrated in La Antigua, Guatemala, following up on the one held in Cuba in 2016. The 2019 congress was jointly organized by TICCIH Guatemala and ARQUINDUGUA, the Association of Industrial Archaeologists in Guatemala. Despite the very difficult social and political situation in a range of Latin American countries at the time, 40 to 50 colleagues from Guatemala, Mexico, Argentina and Chile managed to attend the congress which was initially planned for 120 participants; some others arrived from Portugal, Spain and Germany. Most of the participants were archaeologists, and the mix with some historians, architects and geographers allowed for interdisciplinary exchange. The TICCIH Board was represented by José Manuel Lopes Cordeiro from Portugal and me, who had made it to Central America from rebellious Chile.

The congress’ four days’ program was opened by a welcome speech of its dedicated organizer, Rubén Darios, followed by video greetings from TICCIH Life President Eusebi Casanelles and my own opening speech in the name of the Board and TICCIH president Miles Oglethorpe. During the congress there were three parallel sessions of paper presentations, three plenary speeches and two round table discussions. In the latter, we exchanged viewpoints on the state of Industrial Heritage in Latin America and on the necessity for a re-conceptualization of industrial heritage from a Global South perspective. Podium participants included Humberto Morales and Sinhué Lucas Landgrave from Mexico, Mónica Ferrari from Argentina, Stefan Berger from Germany and me, and the discussion with the audience was lively. The congress’ full papers have been published digitally (ISBN 978-9929-787-89-6).

The congress also included interesting site visits within La Antigua, while its final day was reserved for a field trip to Guatemala City, where we visited the Relief Map of Guatemala in the City Park, the El Zapote micro brewery and the installations of the Museo de la Tipografía Nacional. A smaller post-congress tour on Friday took us to the historic coffee farm Chocolá, an impressive site in terms of both architecture and technology but also because it’s a true expression of global history. During our visit, we learned that Chocolá was set up in the 1860s and first operated with Scottish machinery from the 1820s. Then it was taken over by a Catalan, whose wife sold the farm when he died and went back to Barcelona.There she married again and invested part of her Guatemala fortune in the construction of a huge house for her family, which became known as La Pedrera and is now part of the Gaudí World Heritage sites. Ownership of her former finca in Guatemala passed on to Germans who, during World War II, lost possession when the industry was nationalized.At the time of cooperative coffee farming in Guatemala, Chocolá gained a painful reputation for having been managed by workers who backed the government during the Civil War – a burden of the past that still weights heavily over the place today. Protected as a monument, the site includes the dryer building, a workshops building, the family’s house and a hotel for visitors, a church, an administration building and workers settlements. Technically still amazingly complete, the constructions are nonetheless in a challenging state of conservation.

The last day of the congress, Monterrey was announced as the host of the next Latin American TICCIH Congress in 2022. Read more about this place and the work our colleagues are doing there in TICCIH Bulletin #88, which we hope to motivate you to travel to Mexico in 2022.

Article by Marion Steiner reprinted, with modifications, from TICCIH Bulletin #88. Join TICCH or renew your TICCIH membership to receive the full Bulletin. 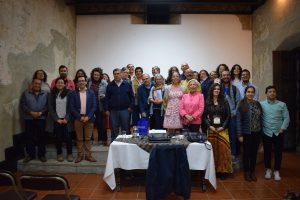 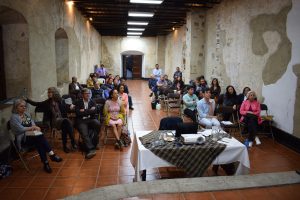 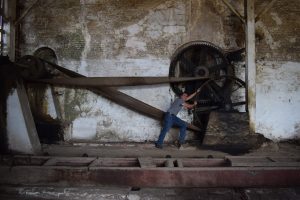 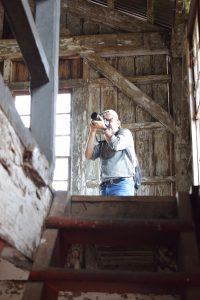 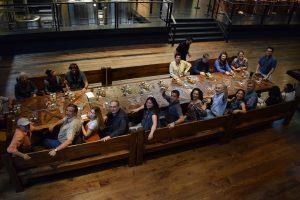